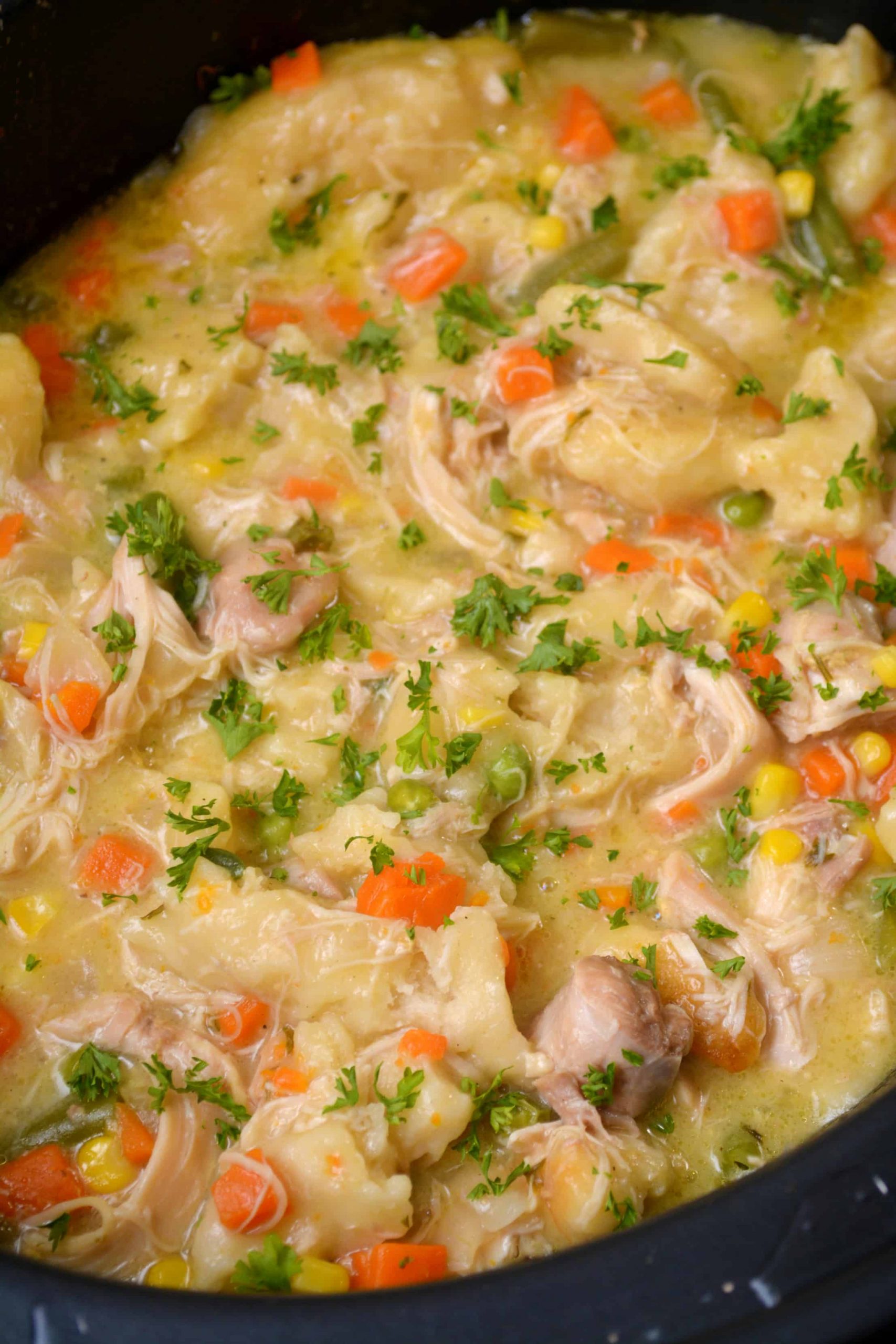 Chicken and dumplings are one of my favorite meals. It reminds me of Sunday dinner at grandma’s house. But making traditional chicken and dumplings from scratch is a time-consuming process, especially following my family’s recipe. Every dumpling must be hand-cut to the exact size and the dough kneaded just so to create the perfect texture.

The beauty of this recipe and the reason why it’s one of my favorite crockpot chicken recipes is that it uses several shortcuts to reduce the amount of prep work while still keeping the flavor.

For those who make many crockpot recipes with chicken, you may wonder about how long to cook crockpot chicken. I found in this recipe that after 5 hours, the chicken was thoroughly cooked.

Crockpot Chicken and Dumplings is now one of my go-to Sunday meals. Sundays just feel like a comfort food day to me, and nothing says comfort food quite like homemade chicken and dumplings. While this may not be grandma’s recipe, it is 100% kid-approved and a hit with everyone.

If you are in a hurry to cook flavorful food without all the fuss, it helps if you have a few recipes on hand are super easy. That is what I love about this chicken and dumplings Crock Pot recipe. Here are some tips to get you started and save you loads of time: