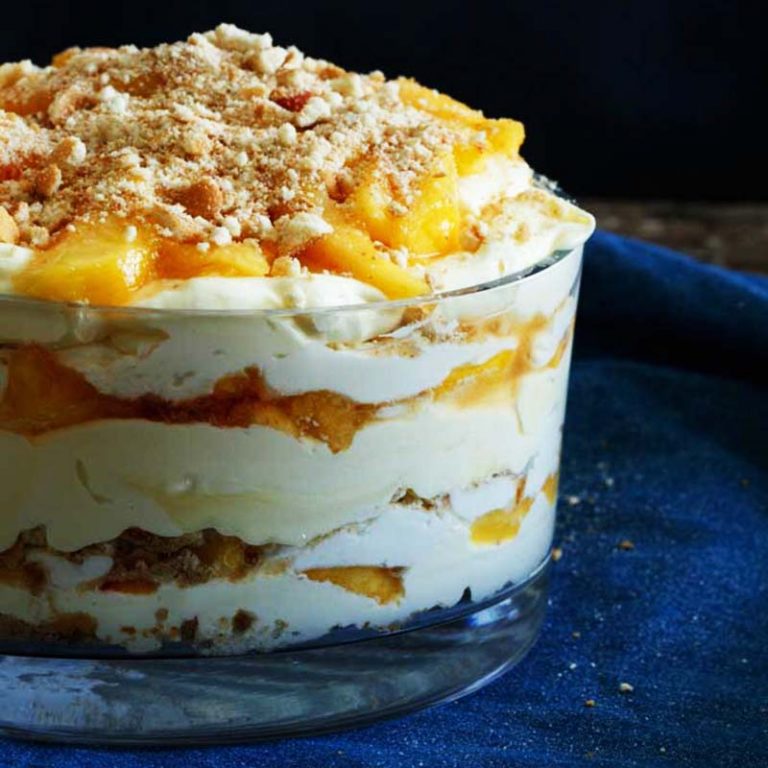 Quick and easy snacks and desserts are best, aren’t they?  This Peach Vanilla Cheesecake Trifle is simple to whip up and will be sure to impress all your family and friends!

for the cheesecake layer

for the vanilla pudding layer

for the peach layer

for the cheesecake layer

In the bowl of your stand mixer or in a medium mixing bowl fitted with an electric hand mixer, whip together the cream cheese, mascarpone, vanilla extract, and sugar until light and fluffy. Gently fold in Cool Whip by hand.

for the vanilla pudding layer

Combine pudding mix and milk in a medium mixing bowl, stirring constantly for 2 minutes (as per package directions). Let stand at least 5 minutes, then gently fold in Cool Whip.

for the peach layer

Combine sliced peaches, sugar, and lemon juice in a medium mixing bowl. Let sit for about 10 minutes to allow flavors to meld.