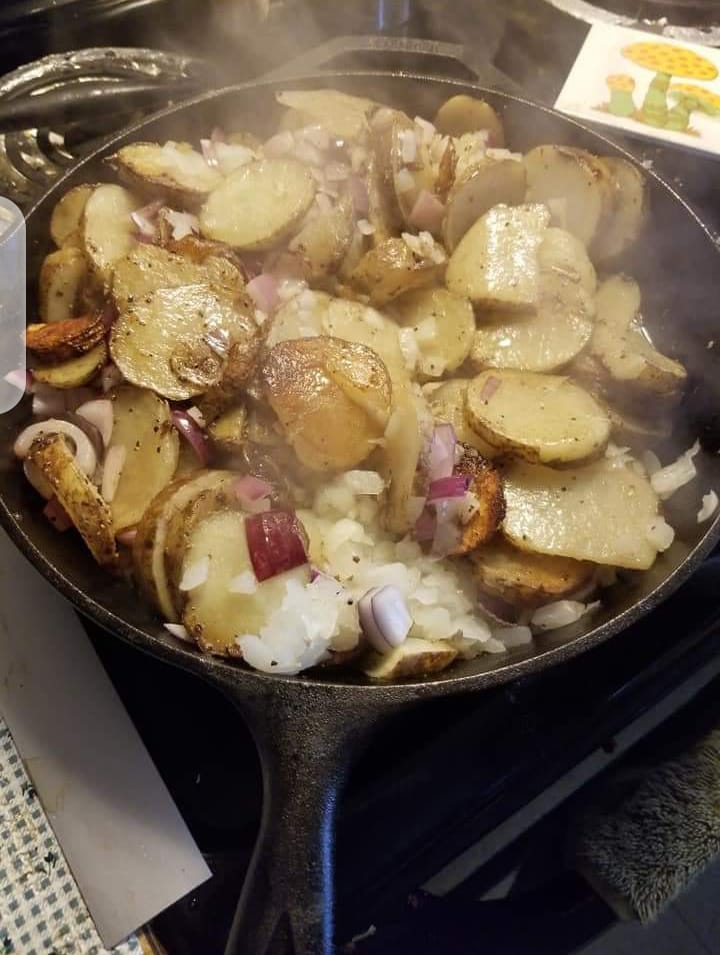 HOW TO MAKE IT

Peel and slice the potatoes into rounds…not too thin unless you want potato chips, and Keep them in a bowl of cold water until you’re all done slicing. Always rinse the taters a couple of times.

Place sliced potatoes on a baking pan lined with paper towels to remove water. Otherwise, you’re going to be splattered with hot oil.

Add enough oil to cover the bottom of the frying pan and then pour in a drop or two more for good measure. Heat oil on medium-high. You want that oil HOT!

Slice the onion thinly and throw them in the pan with the taters. Be careful because the oil will be very hot! You’re going to brown the taters & onions to form a crispy outside.

Keep turning and flipping those taters until you brown most of them. But be careful not to flip so much that you break them all up. Let them cook a bit before you flip each time. Psst…I broke a few.

Once browned, cover and cook on medium heat. I usually leave it covered for 2-4 minutes depending on batch size, stirring in between. (I cheated & took pic before browned..oopsie)

When the inside is soft pull them out of the pan and put in a dish lined with paper towels to drain the oil off. Season with salt & pepper…And if you’re like me, drown ’em in ketchup!