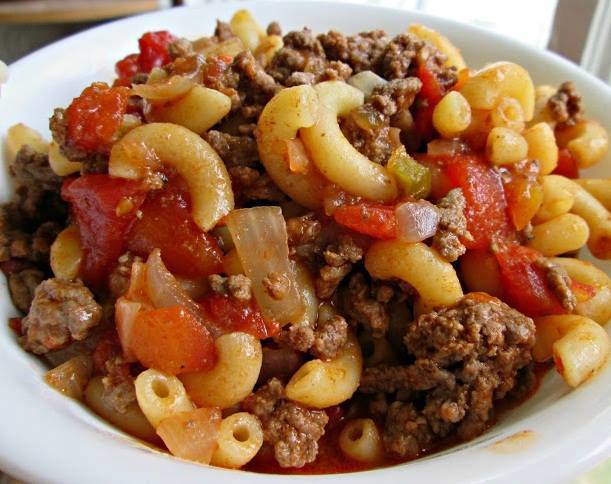 There are a few recipes from my mom that have stuck with me in my life. Her lasagne is ta die for as is her holiday ham. But the one I make at least once a month is her Goulash.

Traditional Goulash originated in Hungary and is more of a beef stew than the American version which uses minced beef, which made it cheaper to make, and the macaroni noodles are a decidedly American addition. Also, in some parts of New England and the midwest the dish is referred to as American Chop Suey.

its called so because of its seemingly haphazard throwing together of ingredients. In any case I think its GOOD. My mom never ever made hers without sliced mushrooms. Yeah I picked those out as a kid. You can add green peppers but in my opinion it changes the entire taste of the dish and not everyone likes green peppers. You could also use some other noodles too to change it up. The key in this recipe is to get natural labeled stuff, the less additives the better.

In case you’re wondering, I stir everything together in a giant stock pot, specifically the one listed below the recipe!

PLEASE, USE THE NEXT PAGE BUTTON BELOW FOR THE RECIPE AND INGREDIENTS