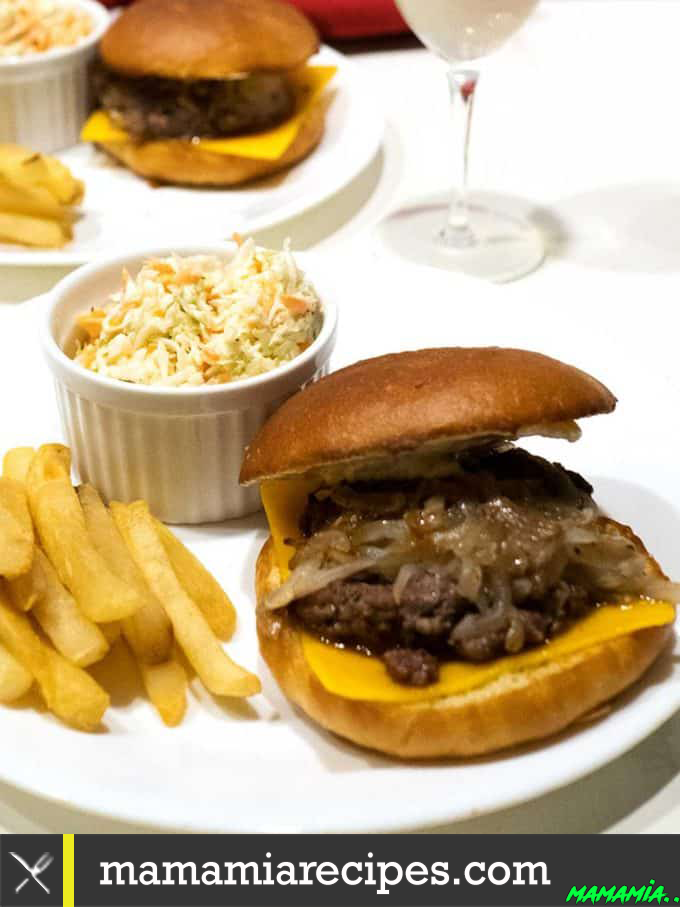 Oklahoma Fried Onion Burgers are incredibly easy to make and insanely delicious. The key to making these mouth-watering burgers featured in Cooks Country is to smash thinly sliced onions into the ground beef before cooking. The result is golden caramelized onions embedded a perfectly cooked burger! 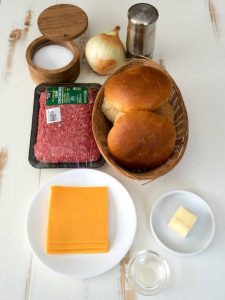 Preparing The Onions For The Oklahoma Fried Onion Burgers:

The most time-consuming part of making these burgers was prepping the onions to remove as much moisture as possible. The reason for doing this is that the onions won’t get hot enough to brown with all their liquid.

I started by cutting the onion in half, pole to pole, and slicing it into 1/8-inch slices. Then, I combined the sliced onions with some Kosher salt and placed them in a wire mesh strainer set over a bowl. After about 30 minutes, I dumped the onions into a clean dish towel and squeezed them dry. I was amazed at the amount of liquid that came out. 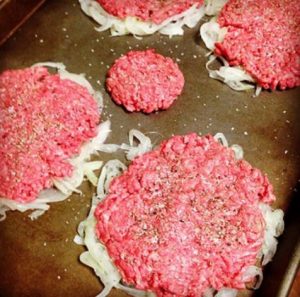 I melted the butter with the oil in a 12-inch nonstick skillet over medium heat. Then, I carefully slipped a spatula under each burger and transferred it to the skillet, onion side down. I cooked the burgers for about 10 minutes until the onions were golden brown and began to crisp around the edges. Next, I carefully flipped the burgers and cooked them on high for several minutes until they were nicely browned.

Meanwhile, I lightly buttered and toasted the hamburger buns and placed the sliced cheese on the bottom buns. When the burgers were done, I placed them on the cheese, onion side up. Our topping of choice was just mayonnaise, but you could put whatever you wanted on the burgers. The Oklahoma Fried Onion Burgers were incredible. I served them with homemade coleslaw, crispy french fries, and a chilled Chardonnay. Yum! 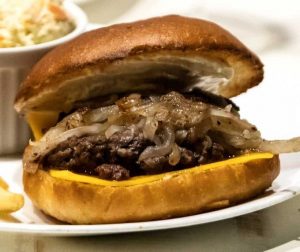